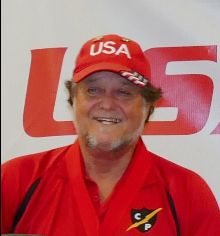 Ken, Kenny, ‘Big Dawg’, worked for Cerebral Palsy of Nassau County in New York State. Ken started with the Nassau Thunderbolts about 1996 or 1997.

Ken was a part of the Nassau Thunderbolt Team for approximately 2 decades of USA Boccia National Competitions, was Jim Thomson’s main travel assistant during Jim’s 5 years as board President and won at least 10 medals in Individual and Pair Divisions as a BC3 Sport Assistant. Ken was a constant member of Team USA and the following are representative of his service:

Ken was so dedicated to me, the Nassau Thunderbolts, and Boccia. He always put us ahead of his personal life. A perfect example of this; USA Boccia was having a training camp over Labor’s Day Weekend one year. However Ken had his annual Labor Day Weekend beach party, so Ken cancelled the party that year because he knew how important Boccia was.
-Charlie Fleisch, USA Boccia Athlete, BC3

Remembering our friend Kenny. I’ve known Kenny since traveling and serving with USA Boccia since 2014. I think Kenny was there for every trip, competition, and board meeting I went to with USA Boccia all over the world. He was a staple in the USA Boccia family and you could see that he wasn’t just there because it was his job, he was there because he genuinely and truly cared about our athletes and the sport. He was kind, caring, goofy, and would step up to do whatever was needed for the team. Kenny was one of the reasons I felt so welcomed into the USA Boccia family too. He always had a joke and smile to share, but also knew when to push our athletes to be the best they could be. Kenny made a major impact on USA Boccia and it’s a hole we won’t be able to fill. I will truly miss his presence and I’m heartbroken he is gone. I hope he is enjoying the waves and surf up there. Rest in Peace, my friend.
-Fiona Allen, Former Board Member

Ken’s life touched our sport and will leave an indelible mark. Thank you, Ken!
-The USA Boccia Family 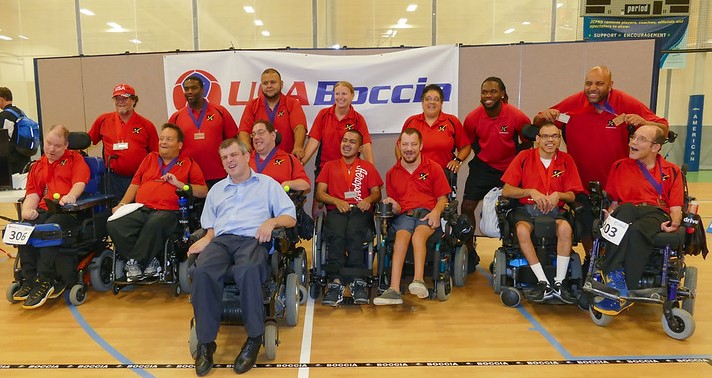